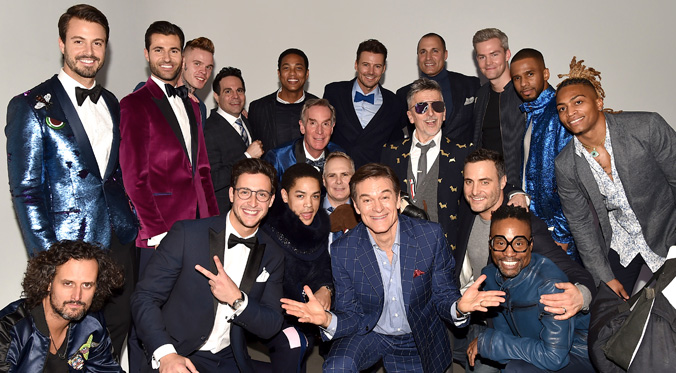 On Wednesday, February 7th, celebrities strutted for a cause in New York City, wearing recreations of the traditional blue jacket by some of fashion’s hottest designers at the 2nd annual Blue Jacket Fashion Show. The event was held at Pier 59 during New York Men’s Fashion Week. Hosted by comedian Judy Gold and featuring males actors, athletes and other celebrities from the world of entertainment, arts, sports and business, the show was created to bring together a national platform to openly discuss men’s cancer issues, with an emphasis on prostate cancer.

The show was a partnership between the Janssen Pharmaceuticals division of Johnson & Johnson and the Prostate Cancer Foundation. Proceeds from the show go directly to PCF, whose mission is to fund innovative, global research in order to create breakthroughs in treatment and a cure for prostate cancer.

Get The Science of Living Well, Beyond Cancer Guide

Go here to learn more or to get a mailed copy.