The disparity here in the U.S. is also one of the most important problems in global oncology and not unique to African-American men, but rather it affects any man of African descent. This means that men of African descent living in the Caribbean, Europe or Asia are also at greater risk of developing early and aggressive prostate cancer. The global significance of this issue cannot be overstated.

At the 2018 Annual Society for Clinical Oncology (ASCO) Meeting in Chicago, IL, a prospective multicenter study funded by the Prostate Cancer Foundation (PCF) of 100 patients, of which half were men of African descent, showed that men of African descent may have greater and more durable prostate-specific antigen (PSA) responses to abiraterone acetate and prednisone than their Caucasian counterparts. Dr. Daniel George of Duke University and colleagues also showed that the side-effect of hypokalemia, which refers to low potassium levels and a serious side effect that can lead to cardiac dysfunction if not corrected,  was significantly higher in men of African descent. Of note, this PCF-funded research allowed the investigators to conduct single nucleotide polymorphisms (SNP) profiling and this revealed differences in key genetic markers implicated in the metabolism and transport of androgens – the fuel that drives prostate cancer. 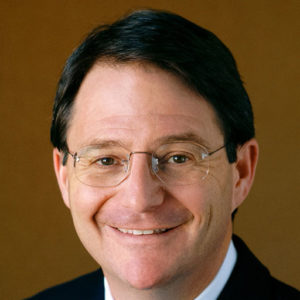 “The study results presented by Dr. Daniel George and colleagues at ASCO are uniquely compelling. They are the first data in the field of prostate cancer and perhaps in oncology as a whole that illuminate significant differences in both effectiveness and side effects of a treatment based on race. What these data tell us is that greater diversity in clinical trial participation is urgently needed to bridge the inequities in healthcare and to better inform the complexity of translating precision medicine for patients across different races, ancestries and cultures. There is no one-size-fits-all approach for envisioning the future of how this will be practiced; we need responsible strategies to develop, prescribe and deliver 21st century treatments and diagnostics. Results presented at ASCO 2018 throw a light on this challenge and the need to usher in a new era of clinical investigation for drug development and how we care for our patients,” said Jonathan W. Simons, MD, President & CEO.

This year, Robert F. Smith donated $2.5 million dollars to the PCF to focus research on men of African descent as well as aid veterans who are battling prostate cancer. This gift will enable PCF to accelerate the work of clinical investigators working to solve some of the most lethal forms of prostate cancer while also advancing the quality of healthcare for men of African descent.